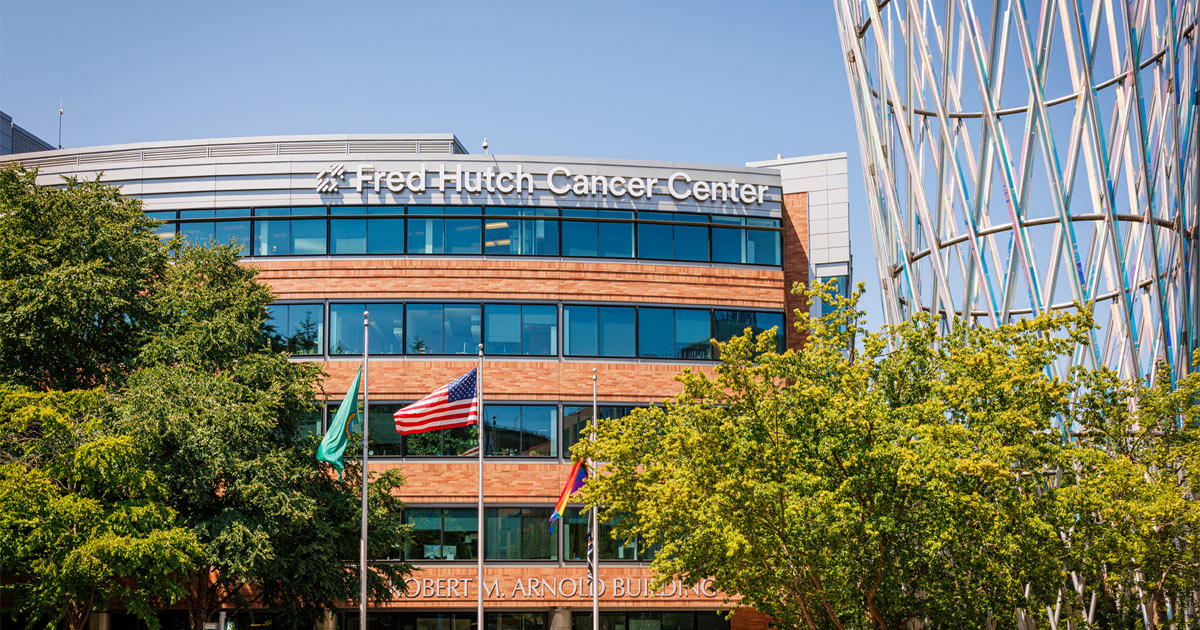 The Fred Hutchison Cancer Center is one of the most successful and largest bone marrow transplant centers in both the US and worldwide.  The center receives grants from the federal government and other independent US research institutes. The case was presented in the US district court in the Western District of Washington by the patients’ families filed a suit against Fred Hutchinson Research Center. The file occurred after Fred Hutchinson Research Center conducted a series of cancer trials between 1981 and 1993. At this time, the research center conducted clinical trials using T-cell depletion to graft-versus-host-disease (GVHD), which has been the cause of death during the bone marrow transplant process. Several patients who enrolled for the Fred Hutchison Cancer center trial died (Lin, & Liang, 2004). The causes of what transpired during the death of the patients who enrolled for trials gained wider attention after a series of articles published by The Seattle Times. Immediately after the Fred Hutchison research trials publication, the patient family filed a case against the center.  The patients’ families claimed the center did not disclose all information needed by the participants to make informed decisions.  According to the families, the center researchers failed to disclose important details to the patients that the GVHD treatment trial is likely to cause bone marrow treatment failure.  Also, the families claimed that the facility failed reveal the relevant information related to the research to the Institutional Review Board (IRB), and it intimidated its officials, which contravened the federal regulations. They also argued that the investigators had financial interest from the project because they eyed big proceeds if the treatment became successful. The patients’ families argued the investigators had ownership of the stock in the company.

Issues Presented by The Families

Their families argued that they had their constitutional due process rights as illustrated under the 14th amendment since the center violated IRB procedures by not giving room for adequate research procedures resulting in patient harm. The plaintiff that the research procedures violate the Nuremberg code, declaration of Helsinki, and Belmont Report. Nuremberg Code outlines the special need for the research community to safeguard human experimentation. Also, Helsinki’s (DoH) declaration was first adopted in 1964, which provides guidance in clinical trials and ensures the researchers adhere to informed consent. Its main goal is to protect the research participants. Belmont report describes inadequacy in the medical practice standards and ensures that the researcher adheres to the informed consent guidelines. The families claimed the facility failed to disclose all information needed by the participants to make informed decisions, especially about conflict of interests (COI).

Defendants Presented by the Families

On the other hand, the Fred Hutchison research center held that it did not violate the research’s policies. The facility argued that the trials were objectively reviewed and testified that the research’s disclosure was lengthy, detailed, and documented. The facility presented evidence of the documented discussions with patients and their families. It included discussions on the potential benefits and risks of the clinical trials.  The facility highlighted that it gives the patients and their families a room to asks questions, alternatives, and concerns relating to the trails. The center also indicates that it gave written consent to the patients and their families, which helped them make informed decisions. Also, IRB affirmed that it assessed and approved trials independently without any external influence or intimidation. Also, the center confirmed it did not have intentions to sell the antibodies for the clinical trials. The investigators argued that they did not patent the antibodies for protection or use. The court ruled the case in favor of the Fred Hutchison Research center.  It dismissed the claims of the family claims and affirmed the center followed the due research process.

Conflict of Interests Indicated in The Case Study

According to Kuszler (2001), the conflict of interests comprises a situation where the professional actions of judgments regarding primary interests like the medical researcher’s responsibility are at risk due to unduly influence by secondary interests like career development and financial gain. In this case, individuals in the research use their power for their personal gain, which is not only unethical but illegal. Curzer & Santillanes (2012) highlight that the conflict may involve both institutions and individuals. The conflict of interest in the research is a problem due to the following reasons. First, it is a problem because it can engage in human subjects’ safety. The researchers and companies are driven by profitability pursuits less likely to prioritize the research process’s safety.

Consequently, they may end up not looking at the side effects of the drugs as expected. Also, they disregard all ethical research requirements like informed consent, disclosure of the full scope of the research, and others for self-gain, making the participants make poor personal decisions that end up harming them.  Secondly, it may jeopardize the public faith in the research findings. In such a case, the public may question the credibility and accuracy of the research findings. They end up asking whether the researcher was acting in the best interests of the patients or was the vehicle for advancing the research firms and pharmaceutical companies’ facial interests.  Also, conflict of interest in the clinical trials is more likely to reduce the publics’ willingness to participate in the studies. Indeed, the success of the clinical experimental processes relies significantly on the public willingness to take part. Therefore, the public may not agree to take part in the clinical experiments if they believe that the research community is driven by their own hedonistic motives. Consequently, it may inhibit future discoveries, especially when research support is not available.

In the above case between the patients vs. Fred Hutchinson Cancer Research Center, there are various incidences of conflict of interest highlighted, which has made the whole research process questionable. The organization’s whole research process remains contestable as the patient’s families found a conflict of interest among the trial investigators. To avoid such a scenario, the research centers must ensure the whole research process is credible, fair, and free from any conflict of interests. one of the issues presented in the above case is the financial conflict of interests. As outlined in the above case, some researchers were suspected of having financial interests from bone marrow transplant trials.  According to Kuszler (2001), the family of the patients felt that the information about financial interests by the medical research team was not disclosed to patients who were critical in their process of making informed decisions. They believed that the physicians were required to indicate any actual or potential conflicts of interest in the trials’ outcomes.   The Seattle Times disclosed that the trial was conducted by the physicians who had shares in the company. Therefore, this affirmed that the trial investigators expected to garn proceeds from the trial antibodies. Also, the family argued that the trial investigators interfered with IRB reviewing and approval exercise. They argued that the investigators intimidated IRB officials who were in a position to determine whether the duly process was followed in the clinical trials. The financial gain from the entire exercise was the major barrier to fair and independent exercise.

Make Recommendations for Managing, Eliminating, Or Reducing the Conflicts of Interest

Curzer & Santillanes (2012) highlight that the conflict of research remains the area of concern to the magnitude of effect on the research outcome, quality, and dissemination of the research. Also, it has negative implications on public perception and trust in universities and researchers. With the growing research number of academic medical institutions, the need to ensure the research outcome’s quality, accuracy, and credibility are indispensable. To avoid the risks associated with financial interests in research, the government needs to undertake the following measures.  One of the strategies of managing the conflict of interest in the research process is through the utilization of the prohibition model.  Curzer & Santillanes (2012) elaborate that the implementation of the prohibition model dissuades any activities, arrangement, or motives, especially those pertaining to financial, which in turn results in the conflict of interests unless for those providing the social benefits of equal magnitude. The institutions or jurisdictions that implement this strategy establishes the threshold within which some conflict of interests may be accepted. One of the considerations is that it must present a socially redeeming value. For instance, it must unveil the treatment of some deadly, chronic, and incurable illnesses like cancer and others.  The second threshold is that the redeeming social value must outweigh the risk of underreported, incomplete, and biased research conducted. In case the conflicting interest does not fulfill these two thresholds, then it should be prohibited. Romain, (2015) argues institutions or government needs to minimize the risks of the imbalance between the conflict of interests and punitive benefits through management and disclosure. Some of the social benefits that outweigh the risk of bias include job creation, an improvement of medical innovation to the bedside, advancing economic benefits, and supporting research programs in the universities and private entities. This strategy is mainly utilized to prohibit senior researchers that are perceived to have conflicting interest in clinical trials.

Another strategy that can be applied to manage conflict of interests is the utilization of the disclosure and peer review model.  According to Curzer & Santillanes (2012), the disclosure and peer review help the universities and private entities to capture any motivations or arrangements that may trigger a conflict of interests. Strong peer reviews evaluate secondary data analysis in the research process. Romain, (2015) alludes that public evaluation and journal review by other researchers would help to detect and counteract the unacceptable biases in human trials. It ensures the duly process of the research is followed by the researchers. Some researchers argue that prohibition is not the best approach to eliminating conflict of interests, and the disclosure model allows peer reviewers to detect possible biases and minimize their future occurrence.  According to Romain (2015), this strategy is critical and most effective in addressing the non-financial biases.

Similarly, relevant government agencies and research bodies must ensure that universities or private entities must adhere to public health regulations (PHS).  42 CFR Part 50, Subpart requires the investigators to disclose any significant financial interests that might be affected by the research. It requires the institutions to designate the organizational officials to review and solicit the financial disclosure statements highlighted by the investigators. According to the PHS, significant financial interests comprises of income not exceeding $ 10,000 and equity interest not exceeding the same amount.

Also, institutions should follow the Federal Drug Administration (FDA) COI policy.  They are required to follow policies highlighted in CFR Part 54 Form FDA 3455. Forms for clinical investigators ask for the disclosure of any significant equity held by the clinical investigator or sponsor, payments coupled to results, and propriety interests, and others. Lastly, personal level strategies can help in managing conflict of interest in the research process.  in this strategy, the investigators must attempt to avoid financial conflict at any means possible. They should strengthen their ethical skills to help them overcome any ethical challenges they encounter.

In the research, conflict of interests may present deleterious effects not only to the participants but also to the researching center. Conflict of interests causes the researchers to undertake flawed and partial trials with incomplete evidence, which eventually may cause harm to patients. Conversely, it may taint the image of the research firms as the public comes to uncover the whole truth. Moreover, it may attract legal penalties as the participants will sue the researchers. Kuszler (2001) highlights that the researching institutions can avoid negative consequences associated with COI through establishing strategies to reduce, manage, or eliminate them.